Law school – not his idea, his father’s, a prominent (at least in his own mind) attorney, with the bucks and the clout to get his son admitted to the prestigious law school.

So, six years in, that in itself should be an indicator, he applied for and took the bar exam. Failed.

Couldn’t have been the partying, the carousing. They were part of his research into a lifestyle he planned to prosecute when he passed the bar. Sounds lawyer-ish already. He did well on the multiple choice portion, but the essays, the strategies, the assessments of arguments, not so well.

Then again, many fail the bar exam on first try.

So another year of father’s paying tuition, apartment, car, other expenses, for another try.

A year off to get his head straightened out (travel to Africa and Asia), then another year of school.

This time was different. He took the exam. He secretly took cell-phone photos of the written part, only six pages. It was a large room; his desk was in a back corner. That pesky pen kept falling to the floor; tricky tactic, but it worked. The proctor was bored, easily distracted.

The cell-phone pictures? He printed the photographed pages. The questions were similar on each of the three previous tests.

No, that was not his plan.

He didn’t bother to read the printed pages.

Thirty hours later, with a little coaxing, he passed the bar exam. 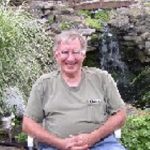