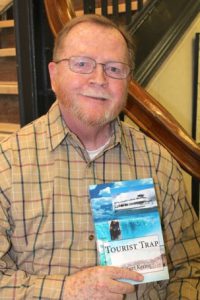 Robert Kerins retired after serving over 20 years as a police officer and lieutenant. He’s investigated every crime from Abandoned Children to Welfare Fraud. After his police career, he worked in disaster relief for fifteen years, and retired in 2008. His disaster relief work took him to all parts of the U.S., including Puerto Rico, Guam, and Saipan. He now spends his time writing. He lives in Lewiston, NY with his wife. 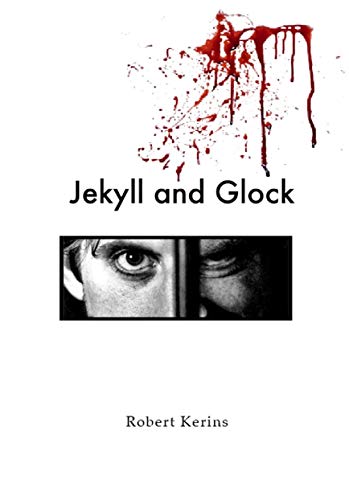 Abner Morgan, a mediocre pharmaceutical sales rep who wouldn’t talk back to anyone, is introduced to his first handgun. It was love at first shot. The wimpy sales rep is a natural sharpshooter and he desperately wants a handgun of his own. He must find a way to get his hands on a Glock like the one his friend let him use. He does.

He also steals a powerful sniper rifle. With these weapons in his possession, Abner’s personality changes. He becomes a confident, outgoing, forceful, alpha male, and soon becomes a super salesman, boosting his ego even more, but dropping his tolerance for any irritation to zero. A city councilman lies to him, the councilman must die, simple as that, and so starts the story of Jekyll and Glock.

Detectives Alec Theron and Orson “Orca” Sanders soon become submerged in the high profile homicides, with virtually no clues as to the perpetrator. To add to their problems, a new chief is appointed who insists on micro-managing every move the detectives make. 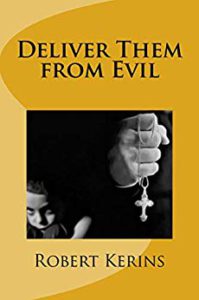 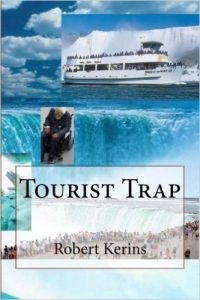 Detective lieutenant Alec Theron and his detective partner Orson “Orca” Sanders are at it again. This time they’ve discovered a severed head. The case leads them to a series of missing tourists and visitors to Niagara Falls.

The reason for their disappearances scares the bejesus out of them.

Meanwhile, a group of senior citizens have devised a unique way to finance one of their owns cancer treatments. 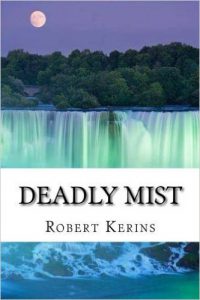 Niagara Falls police detective, Alec Theron, meets Jalila Rouchai, and love blossoms almost immediately. When Jalila and her young son leave to pay respects to her husband’s grave at Arlington, her brother-in-law, Masood, abducts them. A radical Muslim and childless, Masood insists that he raise his brother’s son under his own perverse interpretation of the Quran. Theron rescues his new love and her son. Theron learns that Masood is a high-ranking terrorist preparing to attack the U.S. with a bio-weapon.

As one of the Seven Wonders of the World, Niagara Falls attracts tourists from all over the globe. Now it has drawn Masood. His terrorist cell has obtained a super smallpox virus and a means to spray the deadly mist over the thousands of tourists visiting the falls at Niagara. His victims will carry the deadly disease around the infidel world.

Theron, working with the FBI, must infiltrate the terrorists’ bio-lab to render their weapon harmless, and then capture all members of the cell. At the same time, he must stop Masood from taking his lover’s young son. 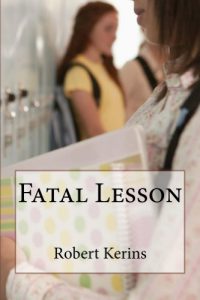 While investigating the homicide of a teenage girl, Detective Lieutenant Alec Theron and his partner, Orca learn the murdered girl’s English teacher had been having illicit sex with the 14-year-old. The detectives must pit their skills against interference from the suspect’s mother, who is a backroom political powerhouse.

Theron’s career hangs by a thread after he’s suspended pending a hearing. The coerced mayor intends to fire him to derail the investigation. Just when Theron thinks things can’t get worse, Orca’s daughter is kidnapped. The detectives must battle corrupt politicians and a sociopathic mastermind to rescue Orca’s daughter and bring the rapist and murderer to justice. 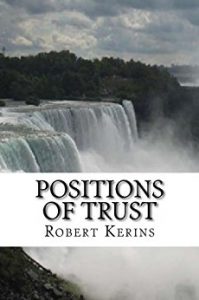 When the bodies of four teenage girls are found tied to a rope and floating in the lower Niagara River, the best investigator in the county, police officer Alec Theron, takes on the case. Theron fights a shadowy organization whose main activity is human trafficking for prostitution, using the Niagara River along the Canadian–American border.

The evidence points to a fifth girl who survived the drowning and is out there somewhere. Theron suspects that she fears she will be caught by the smugglers and killed, but she’s more afraid that she will be found by the authorities and sent back. Theron finds the girl and she is able to identify the men who drowned her friends. The girl leads him to the criminal organization. Theron’s investigation uncovers the secrets of this organization and threatens to topple the empire they’ve built and run for decades. Theron collides with the criminals in the rapids above the roaring Niagara Falls. The climax takes place in the rushing water, literally feet from the brink of the falls. 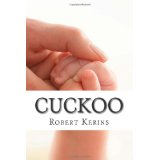 A happily married man whose wife cannot bear children takes matters into his own hands.

Robert retired after serving over 20 years as a police officer and lieutenant. He’s investigated every crime from Abandoned Children to Welfare Fraud. After his police career, he worked in disaster relief for fifteen years, and retired in 2008. His disaster relief work took him to all parts of the U.S., including Puerto Rico, Guam, and Saipan. He now spends his time writing. He lives in Lewiston, NY with his wife.

You can hear from Robert and comment about his books by visiting his blog HERE. 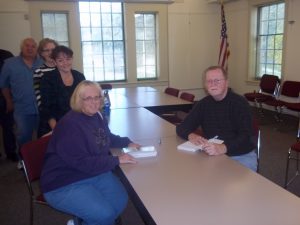 Please comment below if you’d like to comment on Robert’s books.  Your comment can be as short as, “Great job, Robert!” or as long as a full-blown book review.  Let’s all support Robert and tell the world what a fantastic writer he is!