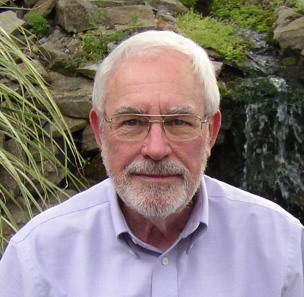 John Bis is one of founders of the Lewiston Writers’ Group and has contributed enormously over the years to making each member a better writer.  Sadly, John passed away on July 25, 2018.  He will be greatly missed. 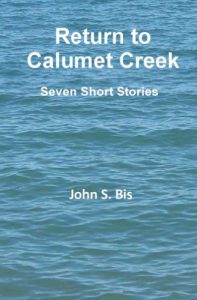 This is a collection of seven short stories. “Return to Calumet Creek” was awarded first prize in Writer’s Digest’s 2011 Short-Story Competition. A slightly different version of “What’s in a Name,” was awarded an honorable mention in Writer’s Digest’s 80th Annual Writing Competition. The five other stories in this book were developed from material written for presentation by the author at meetings of the Lewiston Writers Group, Lewiston, New York. 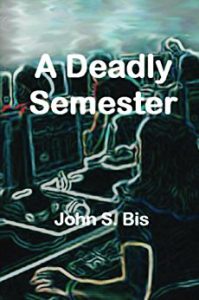 It’s a critical time in Diane Thompson’s life as she begins her junior year at Calumet College where her mother is a faculty member. As the semester begins, she’s angry with herself over an unwanted pregnancy. In frustration she uses campus emails to mislead college administrators and harass her former boyfriend. When she hacks into a class website and cancels a class, she is implicated in the death of a student. Experiencing overwhelming guilt, she struggles to complete the semester, all the while fearing her actions will be discovered. 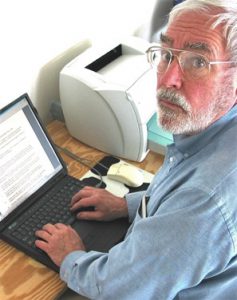 John Bis was born in Chicago and has had careers in professional design education, university administration, human behavioral research, and public policy planning. He has written numerous professional papers, political commentary pieces, and local newspaper articles. His fiction writing resulted in winning a first prize and an honorable mention in two separate short story contests. These stories are included in a collection titled, Return to Calumet Creek. He enjoyed living in upstate New York and writing at a cottage on the south shore of Lake Ontario.