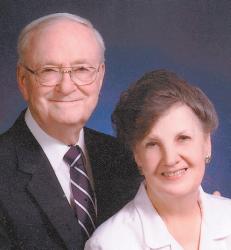 Don Mang’s works have appeared in numerous periodicals and magazines in addition to poetry awards in national writers’ competitions. His novel, One Nation Under God, is available on Amazon. 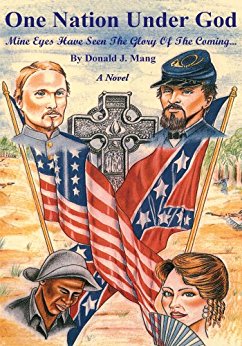 One Nation Under God

As night falls on December 13, 1862, bitter winds sweep the battlefield of Fredericksburg, Virginia. Patrick O’Hanrahan, a Union soldier, lies wounded, surrounded by his dead and dying comrades. With more than two years of war ahead of him, Patrick doesn’t know if his life will last even two more minutes.

He also doesn’t see the moral conflict he will eventually be forced to deal with after meeting Lou Ann Sommers, though he still plans to marry his hometown sweetheart, Beth Wheeler. Before the war is over, his encounter with Nathan, a slave, will profoundly affect his understanding of the cause for which he fights. And Patrick is stunned when he comes face-to-face in battle with his boyhood friend, Joshua Halperin, a Confederate captain, in a farmer’s wheat field near Gettysburg, Pennsylvania.

One Nation Under God illuminates the war’s bloody contests through the eyes of four young people, traumatized by the fracturing impact of the Civil War. As they struggle to survive violence and upheaval, compounded by fear, suspicion, loneliness, and lost love, their hearts and minds become entwined and forever changed. Their courage to stand for their beliefs and risk everything reflects the nobility of our forefathers, who forever reshaped our great United States of America.”

Don’s passion to capture the spirit of those Americans living through its Civil War comes alive after his many years of research and frequent visits to its battlefields. His works have appeared in numerous periodicals and magazines in addition to poetry awards in national writers’ competitions. He now resides in Amherst, New York with his wife, Millie.

You can hear from Don and comment about his books by visiting his blog HERE.

Please comment below if you’d like to comment on Don’s books.  Your comment can be as short as, “Great job, Don!” or as long as a full-blown book review.  Let’s all support Don and tell the world what a fantastic writer he is!

One thought on “Donald Mang”