Jessie had grown up in foster care after her parent’s sudden death. She had no family to take care of her. No one would adopt her because she just was not what they wanted or was too old. So when she turned eighteen, she was kicked out on the streets by the foster care system. With no family and nowhere to go, she was on the streets. 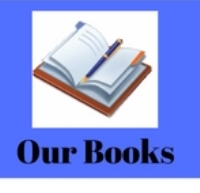 She knew nothing about being homeless. Soon she made some friends with other homeless youth and they taught her how to survive the streets. Without an address, she could not get a job. Without a job, she could not get a place to live. So Jessie slept in abandoned buildings at night and begged for spare change during the day. Always praying she would make enough for food that day. This is such a hard life she thought often.

Jessie would have to find a job but the only places that would hire her were strip clubs. So one day, putting her pride and embarrassment aside, she went into one. The manager made her undress in his office so he could check her out. He hired her and explained the rules. She started dancing that night. It was not her dream job she thought but maybe I will make enough money for food and a place to live.

After two weeks of dancing, she had enough money for an apartment and to keep food in her stomach. Dancing gave her confidence and a home. She never prostituted herself out, like some of the other girls. She just danced. All for tips and forty dollars in pay a night. It was where she met her best friend, Sasha. Soon they were inseparable and got a place together. This made it easier on both of them financially.

Soon Jessie decided she wanted to go to college. She had her high school diploma, so she went to the local community college and applied. She did not want to be a dancer her whole life, it was just a stepping stone to a better place.

She was accepted into college and received financial aid. But she still had to dance at night to pay her bills. Jessie wanted to be a nurse so she could help people in their worst times. She would keep dancing and going to school until she achieved her dream.

She got excellent grades in college and was accepted into their nursing program. She was going to be a RN. She was doing it she told herself every day. All on her own with no one’s help and the support from Sasha. Who seemed to just want to be a dancer the rest of her life.

Finally, the big day came. It was graduation and Jessie was in the top of her class. She even had an excellent paying job waiting for her. As her name was called, she felt overjoyed by receiving her diploma. She had pulled herself up off the streets to become a success. Her heart was full of pride and joy. She had never felt so happy. 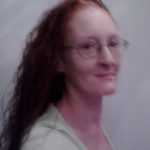